Have you ever returned from vacation and been complimented that you look healthy? Well-rested and relaxed? All because you got a little sun on your vacay?

The idea that tanned skin is a sign of health and beauty is a relatively modern one. Ever since Coco Chanel acquired a bronzed complexion yachting in the South of France, a golden glow has been a fashion statement. And let’s face it, for most people, clothes just look better against tanned skin. In pursuit of that healthy tanned glow, sunless tanners were born.

How Did Self-Tanning Fall into Disfavor?

For many, self-tanning brings to mind images of 14-year-old girls with streaky orange hands and faces, ruined sheets, and a chemical aroma that just won’t go away. Because the original self-tanning products had a harsh chemical smell and produced less-than-stellar results, there has been a stigma ascribed to “fake tanning.” Even the term fake tanning has stigma written all over it.

We’ve all heard, and maybe even used, terms such as Oompa-Loompa, Cheeto, Dorito, carrot, or tangoed when referring to those who use sunless tanning products. While these words are often used in jest, they don’t make anyone feel good about themselves and their efforts to improve their appearance. Any other trait would not be targeted like this, you wouldn’t tease them as mercilessly about their efforts to create a cat-eye or having a poor sense of style.

Because of this, there is the perception that a sunless tan doesn’t look natural. This perception increased the stigma around self-tanning and many people don’t like to talk about it, or even admit that they do it. Because while faking a tan might not be bad, looking like you have faked your tan would be.

Until recently, if you wanted to get a natural, healthy-looking glow while still taking care of your skin, there were no good options. But that perception is quickly being replaced with images of golden skin and the scent of lavender and other botanicals. Self-tanning has changed completely. So much so that it is time to stop calling it “fake” tanning and start thinking of it as skincare.

For example, Selfie Gradual Tanner with 24-Hour Continuous Moisturizers can be used as your daily moisturizer. Exfoliate as you normally would, and apply the self-tanner to clean, dry skin. Once you’ve reached your desired level of darkness, alternate the self tanner with your regular moisturizer. Voila, beautiful tanned skin, and no one has to know you are using sunless tanner, unless you tell them. 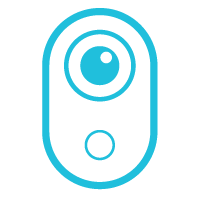